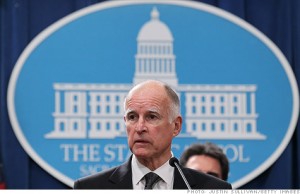 Last week, Governor Jerry Brown gave his annual “State of the State” speech. In it, he said that difficult budget decisions were made last year to cut the state’s budget deficit, but more would be required, and he would also be seeking approval from the voters for tax increases.

Governor Brown spoke at length about the unique character of California and its people. On this point, I could not agree with him more.  While California has suffered more than most states in these troubled economic times, it continues to be a place of opportunity, enterprise and innovation.  However, we must be more diligent in protecting and expanding what makes us distinctive so that we attract the people and businesses which will tackle the challenges of tomorrow.

In the meantime, while I appreciate the Governor’s attempts to balance the state budget, unfortunately the ‘hard decisions’ he referenced in his speech come at a huge cost to counties.  The hits to health and welfare programs impact the most vulnerable in our communities and will further strain the safety net.  He also moved the State out of receivership of its prisons by pushing thousands of inmates to county jails.  These decisions only push the problems down to the local level, where there is no funding to take them on.

I continue to hold out hope that this Governor and the Legislature will defy the disappointing trend of the last several years and come to agreement on a budget that is reasonable and recognizes that their problems should not be solved by just moving them somewhere else.