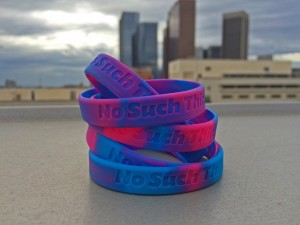 Three years ago this month, two women probation officers from our County Probation Department came to me about a growing issue they were seeing across our region – the sexual exploitation of young girls for profit.  Like many people, I thought child sex trafficking was occurring in a third world country, not in our community.

Since that time, I am proud of the work we have done to raise awareness, create wraparound services for the victims and increase penalties for those who buy and sell children.  I am grateful to the local law enforcement agencies, non-profit organizations, businesses, and state and federal legislators who have supported us every step of the way!

This weekend, I attended the City of Long Beach’s first Youth Exploitation Safety Symposium, hosted by the Long Beach Human Trafficking Task Force. The City of Long Beach, its police department, non-profits and community organizations, as well as students and parents have become a national model for combating the sexual exploitation of children at a local level.

This powerful PSA was shown at the symposium, and was filmed using students from Long Beach Polytechnic High School who declared themselves not for sale:

Long Beach and other local municipalities are making progress, but we know we have much more work to do.  In 2015, I am focused on the “demand side” of this horrific crime.  We cannot just support the victims, we must stop the exploitation, which begins with exposing and punishing those who buy girls for sex.

I’ve met many young victims and heard the horror stories of what they endure when they are forced into this life.  I have also met many remarkable survivors and I am always struck by their fiery spirit and hope for a better life.

We can all play a role in supporting these young people and ending this exploitation.  How we view this crime and the victims begins with how we speak of them.  So it’s time to change the language.

Last week, I sent a “No Such Thing” bracelet to over 150 local, state, federal, non-profit and business leaders, to encourage them to remove the word “prostitute” and “child prostitute” from their vocabulary.

It’s time to end the sexual exploitation and say: No more. Not in our streets. Not to our young girls.