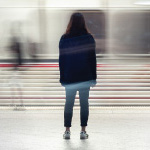 Today, the House of Representatives passed, on a 420 to 3 vote, the Justice for Victims of Trafficking Act of 2015. Washington finally put aside its partisan politics and passed a bill to support the victims of child sex trafficking.  This action will provide more desperately needed resources to local governments, which are responsible for our most vulnerable children.  It will also give local authorities the ability to penalize those who buy and sell young girls, rather than punishing those who are exploited by adults for profit.  If each level of government – local, state and federal – plays its role, we can end the exploitation of innocent children and make a difference in the lives of the victims of this heinous crime.

Locally, the Los Angeles County Board of Supervisors also unanimously passed my motions to allocate $250,000 to increase training for County staff and increase advocacy for more state funding dedicated to counties to help serve the victims of child sex trafficking.  On Friday, I will lead an event with Metro officials to launch its “Don’t Be Silent” campaign, an updated trafficking awareness campaign urging metro riders to be alert to suspicious activity on buses, trains and at stations.