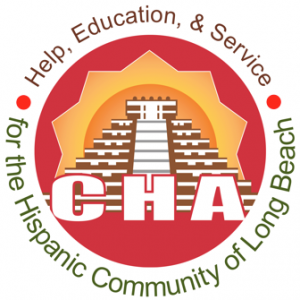 As the summer months approach, kids with too much time on their hands often find ways to get into trouble.

“Teens will experiment with drugs, sex and gangs, while younger kids wear on their parents’ nerves in close quarters,” said Jessica Quintana, executive director of Centro C.H.A. in Long Beach. “We need to offer a positive alternative and surround our youth with activities and strong mentors.”

Thankfully, the Centro C.H.A. team will once again be hosting Long Beach Summer Nights, also known as the Be SAFE initiative, from June to August. During this time, youth and parents can enjoy the local parks until 9 p.m., participating in sports, various outdoor activities and crafts in a safe environment monitored by community volunteers and law enforcement.

“Since 2010, we’ve been filling up parks with mentors and positive things to do,” said Quintana. “As a result, we’ve reduced crime and given kids a safe place to enjoy their summers.”

And Be SAFE is just one of a number of programs Centro C.H.A. sponsors in the city. Since 1992, the nonprofit has worked to create a record of service that advances, and advocates extensively for the well-being of underrepresented, low-income Hispanic youth and families in the City of Long Beach.

“In short, we’ve tried to become a center for working families with a goal of empowering them through economic development and higher education,” said Quintana, who became executive director in 2002. “We want to help individuals provide for their families, become homeowners and achieve their dreams.”

But as Quintana has seen through the years, there are certainly peaks and valleys.

“When I joined the organization, there was lots of homicide, racial and gang violence, people dropping out of high school,” said Quintana. “We’ve made progress, but we’ve also experienced setbacks.”

In 2010, as the nation struggled with the Great Recession, grant funding ceased and cities across the state were asked to pay back redevelopment dollars, forcing Centro C.H.A. to find a new home base.

“It was challenging to find a building where we could operate, pay reasonable rent, and still be in a place safe accessible to the individuals we were serving,” said Quintana. “Thankfully, Molina Healthcare offered us a new space, but every year is a fight for grant dollars.”

Like so many nonprofits, the demand for resources exceeds what Centro C.H.A. is able to deliver.

Still, over the course of its 21-year history, the Long Beach-based organization has guided more than 1,000 locals through the citizenship process, provided mentorship programs to at-risk youth and guided families through healthcare applications and directed them to valuable city and state resources.

Today, they continue to seek ways to make the community safer, most recently introducing a program offering safe passages. In the 2015-16 school year, Centro C.H.A. organized a system enabling middle school and high school students to get to school safely by strategically placing parents along the Cabrillo corridor. With feedback that kids would often face trouble while walking to school, or encounter danger from gangs, the idea surfaced to get adults along the mile-stretch to look out for students and report any troubles to law enforcement and the schools.

They are now looking to formalize the program during the summer months, as well as expand it to other areas throughout the city.

“It takes a lot of perseverance and grit to run nonprofits like Centro,” said LA County Supervisor Don Knabe. “But without the commitment of people like Jessica and her team, our cities would suffer. No one better understands what is going on in our communities than these nonprofit groups who truly dig in and get to the root causes of our challenges.”

To learn more about Centro C.H.A. and to discover how to volunteer or donate, visit http://www.centrocha.org/who-we-are/.